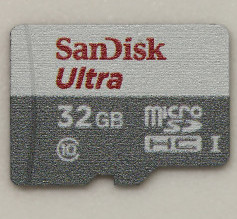 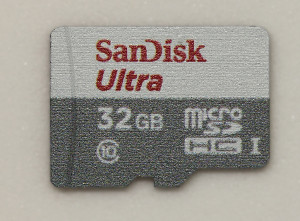 Sandisk is the incumbent portable flash storage manufacturer ever since the days of Compact Flash cards and one of the few that actually manufactures the products it sells under it’s brands. And ever since then Sandisk is known for high performance flash storage. Then it moved to the SD card market, and most recently on MicroSD. Since the Compact Flash times, the need to differentiate between different performance metrics causes Sandisk to brand products accordingly, and the Ultra 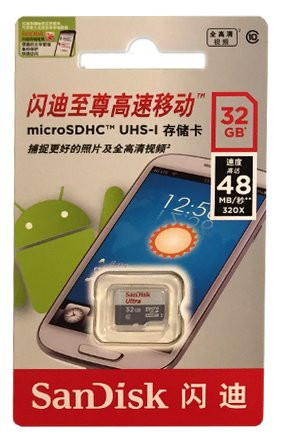 brand came directly from that time, corresponding to the first step of additional performance as compared with the baseline. Nowadays, Sandisk’s lineup is slightly changed, on the sense that the Ultra brand corresponds to the entry level performance. Even on the Ultra brand, there are two models: 48 MB/s and 90 MB/s, both claiming Class10 performance. The packaging seems to tell you this is not Sandisk high end product. Yes, it’s a simple and plain sleeve packaging describing its 48MiB/s top speed. If it means maximum writing speed it would be interesting, otherwise it may just mean that is only supports UHS50 bus, which is not saying much.
One detail worth noticing is that there is in fact an anti counterfeiting label with a scratch-through area. Unfortunately, it doesn’t give users any significant added benefit, as it is easily copied. No validation is made against the actual hardware, only that the serial exists and is valid, which means that any counterfeit material would only need to copy the serial and the scatching area. 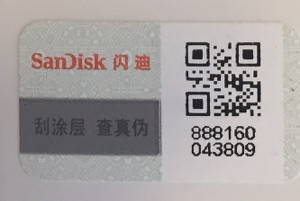 Moving from the packaging to the actual MicroSD card, things don’t improve significantly. First of all, printing quality is terrible. At first I even considered if it was in fact counterfeit,
but a quick search over the Internet would simply reveal that this a characteristic of this Sandisk model. Make no mistake: this is pretty much a low cost Sandisk offering, whatever it means. So if the outer appearance if dismal, how does it actually performs?

Sandisk promises up to 48 MiB/s speeds and Class 10 writing performance. How does this matches reality?

For compressible data, it does, in some cases. To start with, reading speeds are in the lower 40MiB/s range, a little bit below the advertised 48MiB/s. This tends to support our initial assumption that the card only supports the 50MiB/s UHS50 UHS-1 bus, which a bit of a shame for such a brand as Sandisk. At least this is a first step above our baseline SD card, the old Transcend Card.

Writing speed is over the 10MiB/s mark, as promised by the Class10 marking, however it doesn’t go much further than that. Writing speeds never drop from 11,9MiB/s but then also never exceed 14MiB/s. Yes, it does exceed the minimum advertized speed, but came on, we expected more from Sandisk. If you take into account our baseline SD card, this performance is jaw dropping. Comparing this with our old card, Sandisk looses every single time. Compressible data write performance never reaches 15MiB/s, lagging our baseline card by around 25%!

How does a recent Sandisk Ultra SD looses against an Old SD card is … Weird. 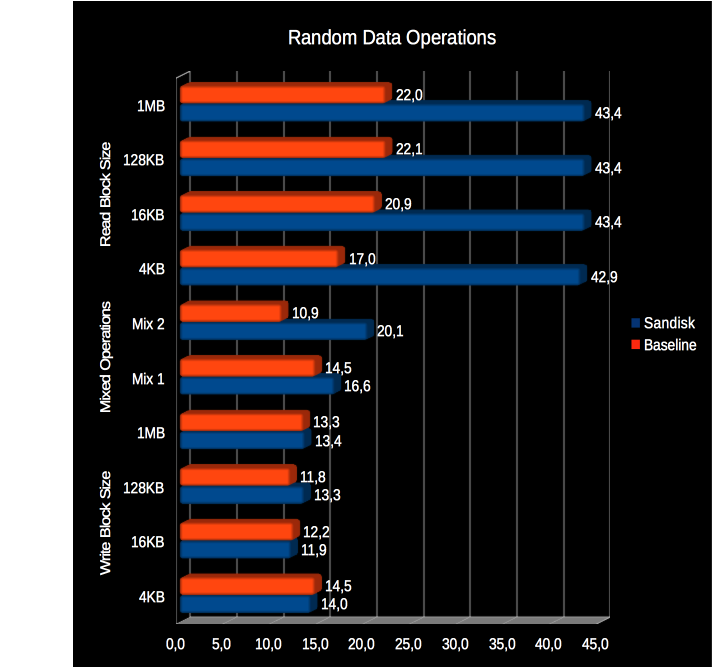 On the uncompressible data test, things don’t get significantly better. Yes, peak read performance improves and reaches 43 MiB/s, and almost doubles our baseline card. However writing operations remain the weakest point. Yes, write performe for random data it effectively neck and neck with the baseline, which means write operations are limited to around 14 MiB/s. The reason why comparative results aren’t as bad is due to the impact of the uncompressible continent, which is far smaller on the Sandisk card than on the baseline, but it is still there. Incompressible data write is still slower than compressible day, hinting that some kind of compression is still working, although with very poor results. If compression is running on the controller, compressible data operations should by much faster than they are.

Well, this is a low cost, low performance Sandisk offering. Nothing on it tries to hide it’s goal: being cheap while complying with Class10 requirements. As an absolute evaluation: it’s a disappointment.