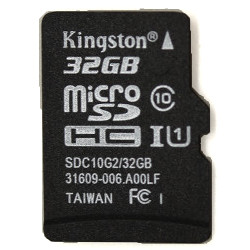 Sometimes, a gigabyte is smaller than it should … 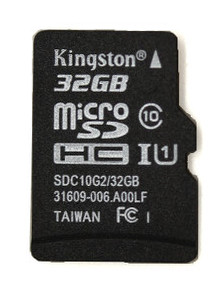 Kingston is one of the old kids on the block for flash storage. Althogh known for price conscious SD cards and USB sticks, it has recently started moving into higher performance products. This movement was probably driven by two different forces: pressure from lower cost asian vendors, and the need to create a higher brand awareness in order to compete on the SSD market. One thing is to sell low cost SD cards which usually hold at most all your last vacation photos. A whole different thing is to loose all your photos from all your vacations…

One characteristic Kingston is also known for, is for not manufacturing the product it sells on its brands, and also for failing to ensure proper quality control. It was due to the mistrust on Kingston quality control that the whole SD Gate topic begun back in the day.

Although Kingston still offers slower Class 4 SD cards, the unit we’re reviewing is the Class 10 version. Inside a rather unremarkable packaging you’ll find a plain black microSD card with the regular Class 10 markings, plus what may seem random numbers. Nothing new to see here, but presentation wise, I’ve seen far more appealing packages and cards elsewhere, even from low cost brands. On the back side, there’s the now common anti counterfeiting device in the form of an holographic label. Not very fancy, and equally ineffective…

Digging deeper on the microSD card, we can have real data on it. To start with, this card is manufactured by Phison Electronics, as a result for an announced partnership with Kingston, using Phison’s PS8035 SD controller. Hopefully this would end Kingston issues with quality control. Unlike some very low end offerings, this microSD card does shows proper SD spec implementation where all registers contain proper data, however there is one detail worth noting: formatted capacity is on the low figures of 28.97 GiB, which is around 800 MiB smaller than other brands. Now, we do understand that using MLC flash does require manufacturers to set aside some capacity for wear levelling and bad cell management, but in this case spare area is significantly higher then most other offerings. Maybe kingston is simply going cheap on the flash, thus needing more spare area. 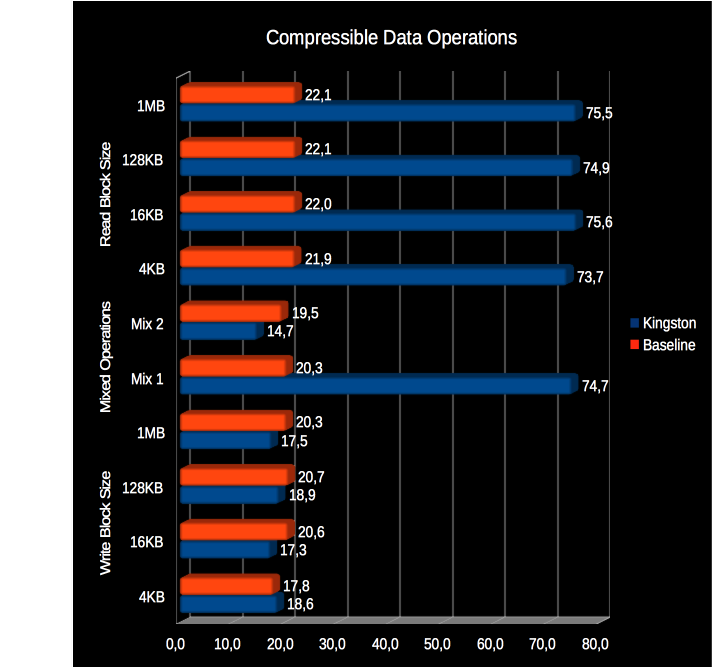 Kingston does manages to make good start. Read tests for compressible data is always above 70MiB/s which although not being the highest amongst UHS104 controllers, doesn’t compromises too much. However, it does demonstrates the ability of the Phison controller to support UHS104, although it isn’t clear at this moment if the limitation is on the controller or on the flash devices. Mixed operations results are in itself mixed (pun intended 🙂 ). The more writes you put on the test, the lower the results, and as low as 14,7 MiB/s, which is actually a very low result. When looking at the read intensive operations, things start for show far better results, up to 74,7MiB/s, which is actually quite high. After seeing this, it’s still not quite clear who is the weakest link: flash quality or SD Controller.

Doing write operations on compressible data shows very interesting results, higher than 17MiB/s in all block sizes. Although this value is rather high, it’s also weird, as it is higher than the mixed test 2, which shouldn’t happen, unless there is some magic at play. However, we do need to remind everyone that this card still fails to achieve the performance level of our 5 year old SD card baseline card… 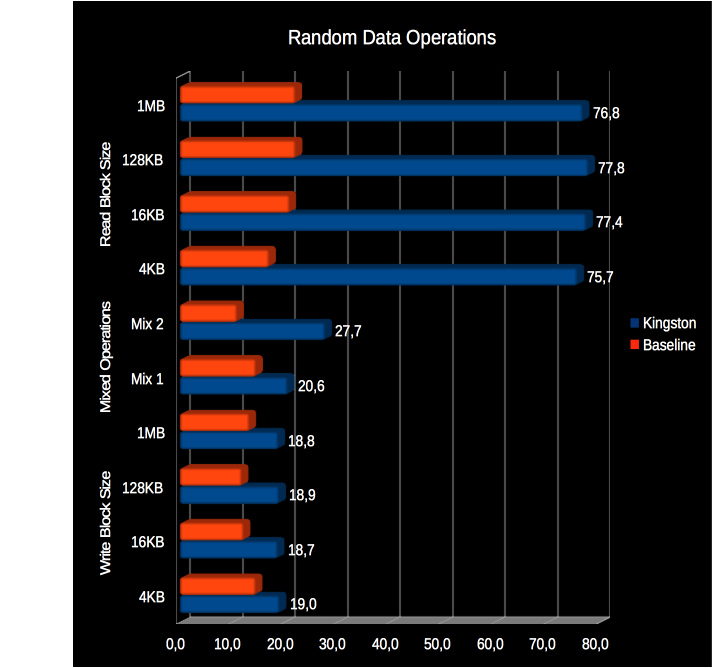 What a nice surprise. Read operations results are higher on random data than on compressible data, achieving 77,8MiB/s. This result is a telltale sign that something is wrong on the SD controller: there’s never a good reason why compressed data is slower than random data, unless the controller doesn’t have enough computational power to drive that compression. Again, mixed operation tests are on the low side of results, inexplicably slow for a UHS104 controller. Then, there’s the unexpected *good* write performance test results. This card is able to exceed 18MiB/s on all random data write tests, exceeding the compressible tests results, not this represents an extraordinary value, but is quite high for a class 10 card.

This card is a weird mix of quite good flash components paired with an old and underpowered SD controller. The controller is simply incapable of driving enough performance on both write and read operations on compressible data, but when handling random data lets the whole potencial performance of the flash come out. This is a rather good flash component, which again makes the decision to take such a high spare area a surprise. At the end, having a good SD controller is no longer mandatory in order to get a decent performance microSD card, if is is paired with some decent flash cells, which it does. At the end, this is a very decent microSD card, representing a very distinct statement by Kingston, as it is now offering low cost devices with at least decent performance.