The emergence of micro SD cards, which are today pushing any other solid state portable format to a niche status, including ironically, the original Secure Digital cards, raised the need for decides designed to read such cards. On the the other hand, the actual microSD state of the art raised the bar for bandwidth to a whooping 104 MiB/s for UHS-1 or even 312 MiB/s as defined by the latest 4.0 SD specifications, means that old USB 2.0 readers both internal and external were not longer adequate to handle those cards, but instead an USB 3.x would be required. Of course, this only applies to the bus speed, and only to reading actions. Actual writing speed it still very far from those values.

Also, there’s the opportunity to take advantage of the new smaller form factor. This means a MicroSD card Micro reader supporting USB 3.0 bit rates, which is specifically what we have today:

This device, also known as Tonsee MINI 5Gbps Super Speed USB 3.0, is based on a Genesys Logic chip, probably GL3219, Supporting USB 3.0 super high speed, but no specific information is available on which SD modes are supported, but more in that later. What is in fact surprising is how small the adapter is. It cannot possibly be much smaller, as it is basically a plastic wrapper around the micro SD card, where any controller is somehow embedded on the remaining plastic cover or actually inside the USB plug itself. It isn’t a flawless design though, as an activity LED would be interesting, but it’s not a fatal flaw by any means.

How does it stands in terms of performance ? You can see below, but to read how it stacks against the competition go to our SD adapter shootout. All tests were performed using a mainstream high performance MicroSD card from Sandisk Ultra series.

The MicroSD card being used is class 10, from which we can expect more than 10 MiB/s of sustained write performance…. 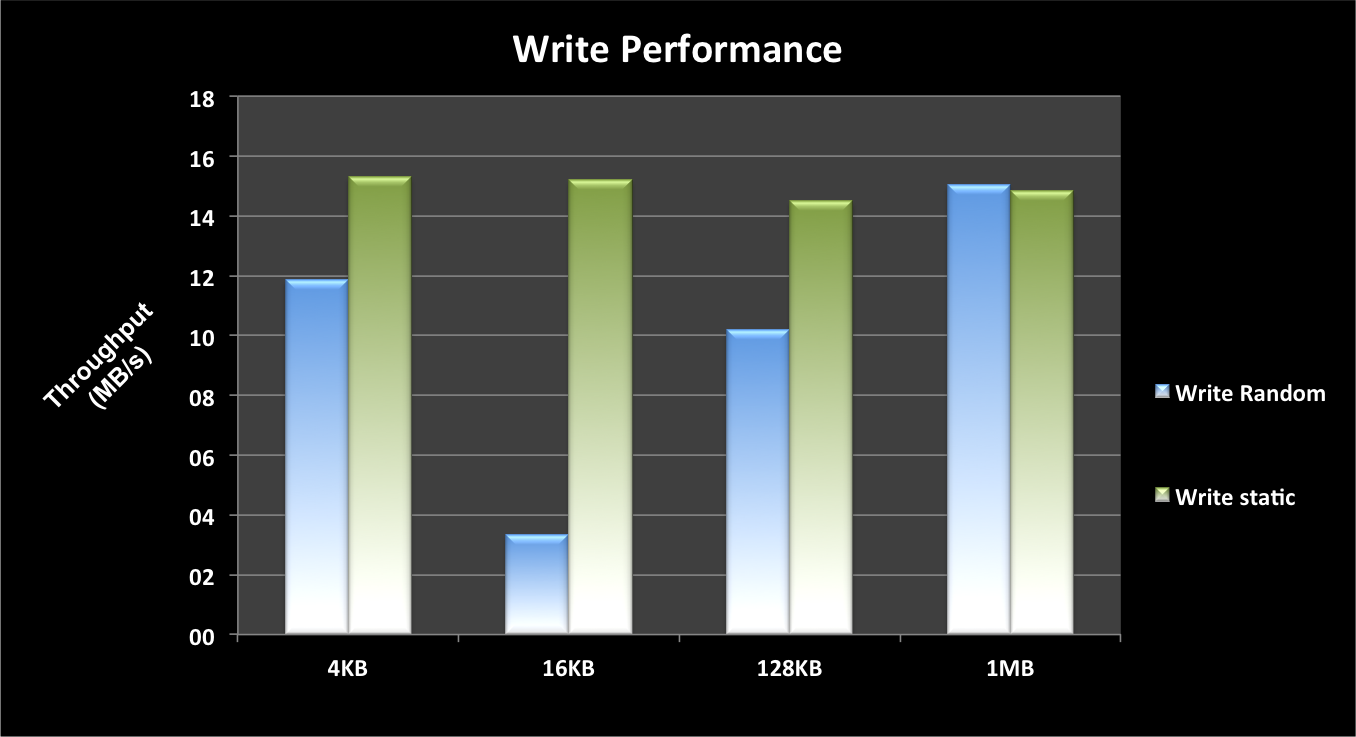 Which you get, but not on all cases. This SD adapter is clearly tuned for cameras, which usually results on big files comprised of random data, as it only excels on 1MB block size with random data. This is by no means really bad. You just need to take care if that’s not your use case.[showad block=1] 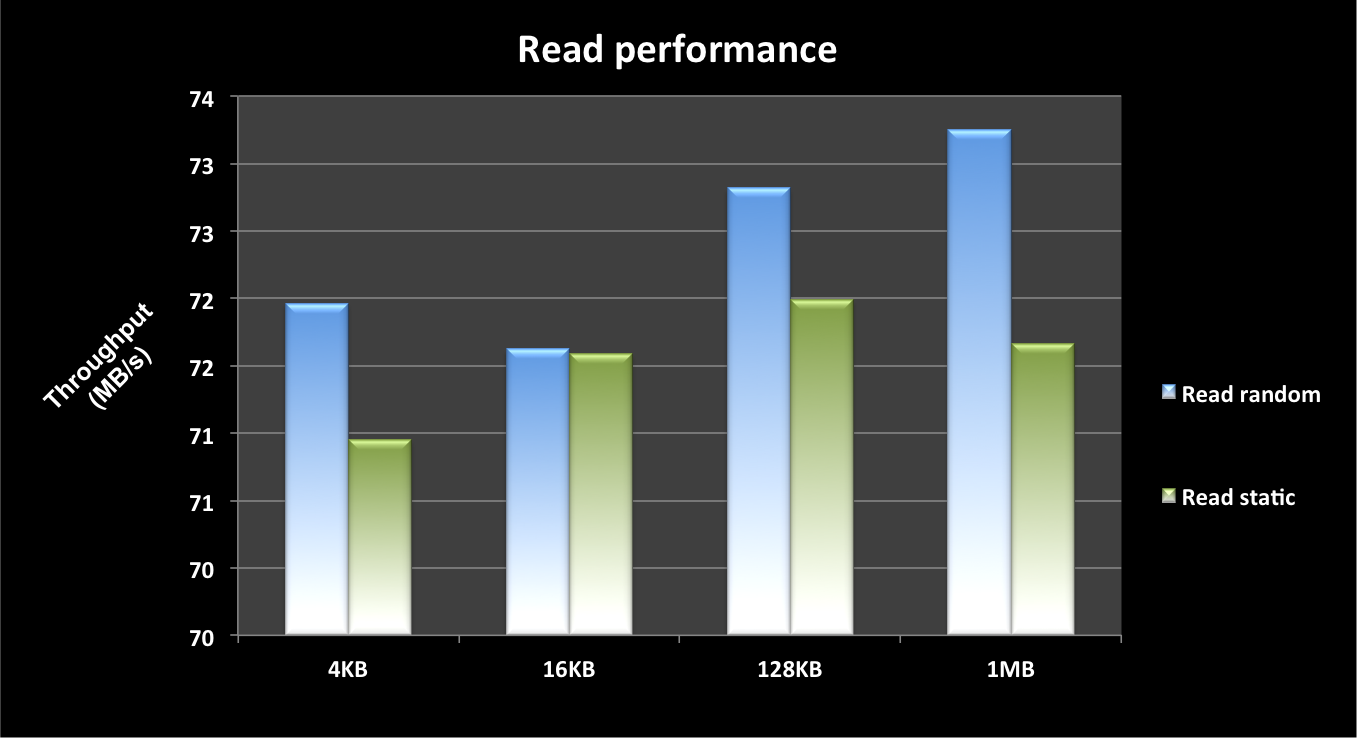 Read performance is quite respectable in most cases, and the highest on the remaining ones, although you can see that some compression is being applied to static or compressible content, resulting on a decrease of peak read performance. Achieving 70+ MiB/s of read performance means that UHS-1 SDR104 mode is supported, the highest you can get without moving to UHS-2 and the extra pins it requires. Some much performance will only be achieved on USB-3 hosts, as it quickly saturates the old USB-2 bus. 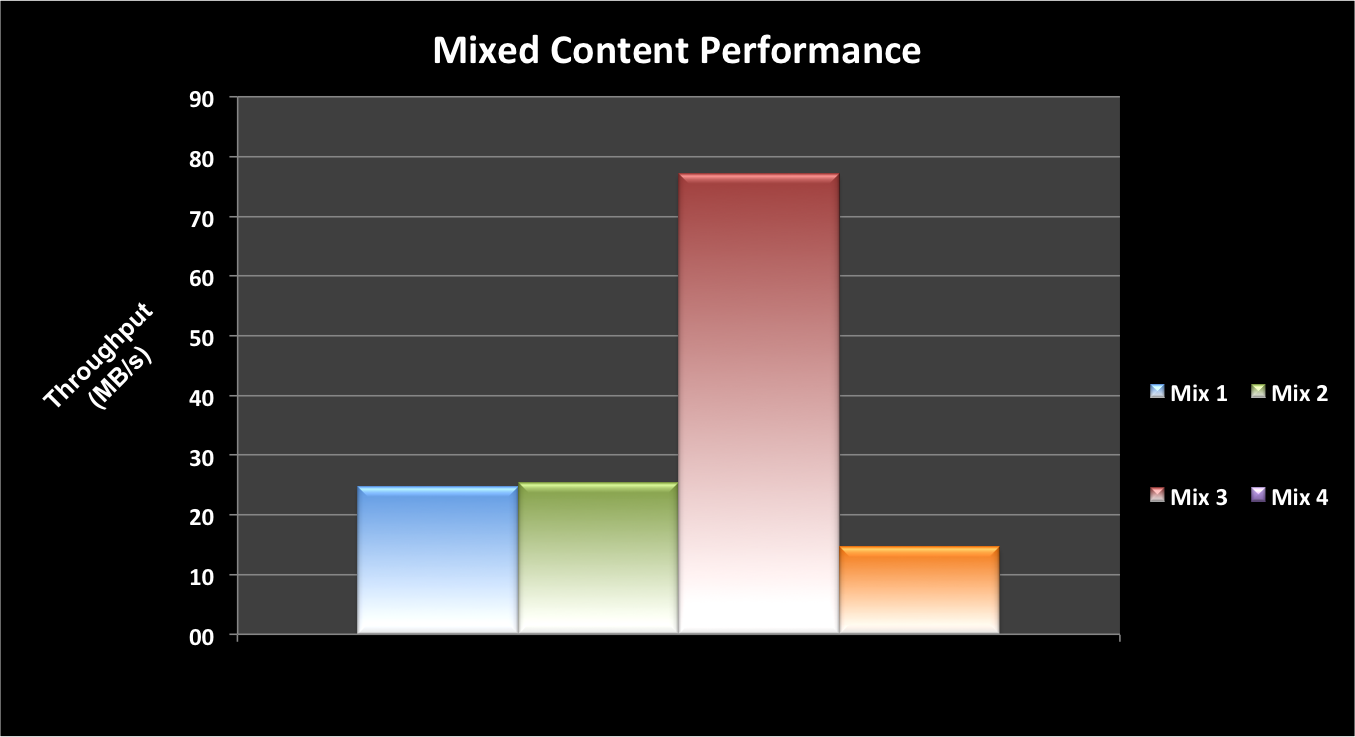 Doing simultaneous write and reads is also near the best we’ve ever seen, even higher than the static read performed. This makes this adapter an all-road winner. You’ll get high performance every single time.

Final comments and wrap up

From a device perspective this is one of the best SD Adapter implementations I’ve ever seen. From a form factor perspective it’s simply unbeatable. Performance is also not bad, but taking into account the price, which goes somewhere in the $5 to $10 range, Means that this is the the best overall SD adapter you can buy today, and cheaply.

[showad block=1]Feel free to comment on your experiences on this subject.