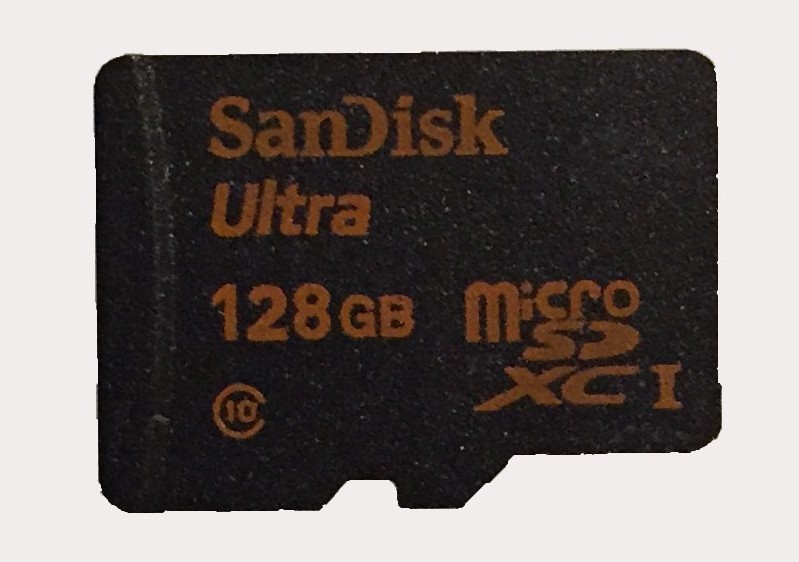 New Secure Digital cards sport theoretical speeds up to 104 MiB/s, for UHS-1 cards, or even 312 MiB/s for UHS-2 cards. Now, those are only bus speeds, and actual speeds may be a far cry from it, but in some instances real performance isn’t that different. On the other hand, it clearly demonstrates need for updates SD Adapters, as those new Secure Digital buses require compatible adapters, and again, USB3 compatibility.

Then, which are the use cases for an USB3 adapter? Well, unless you intend to use your SD cards to extend your laptop storage, for instance, using one these adapters for Micro SD cards, on which read, write and mixed read/write can concern you, the number of use cases is limited to one: extracting photos or videos, which means read performance.

In common to most SD card readers is the fact that the SD interface is abstracted by a USB mass storage device, which means that it won’t be possible to access to the SD interface but as a block device. This caveat isn’t a drawback for most users, as it would required specific drivers, but a big advantage, as all modern operative system support USB MSD natively. However this is not totally true to SDXC cards where the OS needs to support the exFAT filesystem. Fortunately, this only applies to card bigger than 32 GiB. Let’s then present the contenders.

For comparison purposes we added an embedded solution from a laptop: the venerable MacBook Pro SD Card embedded reader. Apple is known for is attention to detail and high performance products, so it should be a mighty opponent for these very inexpensive devices.

So make things more interesting, the Apple SD card reader is also based on Genesys Logic’s GL3219 chip, and also connected to the same USB3 Super speed bus running at 5Gbps, so it should be a very apples-to-apples shoot out (pun intended…) on which all adapters are supposed to display similar results.

This device, also known as Tonsee MINI 5Gbps Super Speed USB 3.0 is not actually a SD adapter, but in fact is only Micro SD compatible. This is not really an issue, as Micro SD is the de facto standard, as every single device is now using them, except maybe for some high

end DSLR cameras, but even in that case, physical MicroSD to SD adapters are only effective, but usually you get them for free every time you purchase a MicroSD card.

Taking full advantage is only being compatible with Micro SD cards, this device has probably the best form factor you’ll ever see. It’s size is little bigger than the actual micron SD card, leaving little from for anything such as the controller chip, and then, the USB interface itself.

This device is based on a Genesys Logic chip, probably GL3219, and supports SuperSpeed USB3 5Gbps interface as well as UHS-1 Secure Digital interface. Now, support for UHS-1 is not saying much as devices may only achieve 12,5 MiB/s to as much as 104 MiB/s, so it needs to be explicitly looked at. Previewing the test results, I can advance that it does support SDR104 on it’s 104 MiB/s beauty.

The second contender is a more traditional model. SDHC USB3 Reader has a typical pen drive form factor supporting both SD and MicroSD cards, but not not both simultaneously.

This adapter, as it’s name announces also support USB3 SuperSpeed at 5Gbps, courtesy of the Genesys Logic controller, however it uses a different version. This is due to the fact that although it supports UHS1, it’s limited to 50 MiB/s transfer rates, as we’ll find out shortly.

For the reader to fully evaluate the results, it’s important to know the testing procedure, which goes as follows. 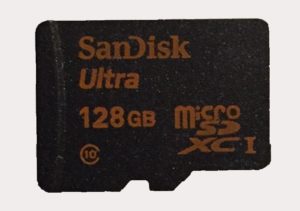 As a baseline, a brand new SanDisk Ultra MicroSD card was used. This specific microSD card is exactly in the middle of the pack in terms of performance, and can easily demonstrate the need for a specific USB3 microSD reader even for cheap SD cards

Tests are separated by two types which depend on the type of data being written or read, highly compressible and incompressible data. It was been shown that flash controllers have different performed behaviors depending on how compressible the data is. There is a very good reason for it: flash memory has a hard coded lifetime which is dependent on the number of times you write on one
memory block, so if you’re able to compress the data, you’ll be automatically extending the product life time. If in the initial SLC based devices supported more than 1.000.000 write cycles, made this totally irrelevant, on current MLC and TLC based devices which can only survive for as low as 1.000 write cycles, it makes a lot of difference. As a side effect far higher performance may be achieved, if well implemented…

Mix 2 test corresponds to the decompression tests where the opposite happens
At the end, all tests are repeated 10 times and the results are averaged.[showad block=2]