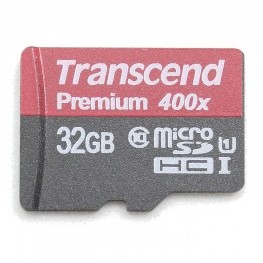 Again, 32GB are not the same everywhere. Sometimes it’s bigger. 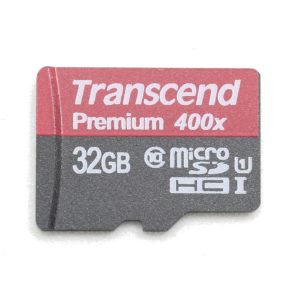 Transcend is one of the tradicional SD card players ever since the transition between MMC and SD, always marked by a performance conscience, although not as known as SanDisk. As our baseline SD card review demonstrates it has been a sure option when performance is relevant, however, more often than not companies just lean back on past hard work and brand name just to profit on innocent buyers. Let’s just hope this is not the case. 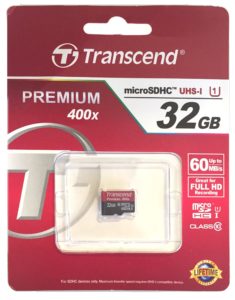 Transcend presents us with an old school packaging, still displaying an old school “X” speed marking of 400 ( for the ones not used to it, or just too young, It’s related to CDROM read speed of 150KB/s) which results in a final figure of 60MB/s, probably referring to read speed alone. This is a rather strange value, as it exceeds the 50MiB/s mark of UHS50, but is also significantly lower than what is achievable on UHS104. Other than that, it’s a class 10 card with little more fanfare. The lack is an anti counterfeiting device is noted but not missed :). For the record, and because it’s important to make sure we’re comparing the right product, this card carries model number TS32GUSDCU1, which is in line with the product name on CSD: USDU1. Please be aware that there is other part number (TS32GUSDU1PE) with different performance, and should be avoided, although both are advertised with 60MB/s read performance.

Although Transcend is a very familiar player on the SD market, it’s not known by producing cards itself, leaving that task to capable hands, which is not to say it doesn’t cautiously designs them, which historically has not been the case. In this specific case, the card’s CSD register identifies the manufacturer as Jiaelec Corp. Now, this company has no other known internet 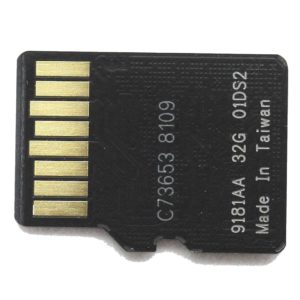 record apart from being listed on SD’s SD-3C list of authorised manufacturers and some Google queries relating it to Transcend, which allows for some speculation this company may be a subsidiary of Transcend, however this lacks evidence.

This card offers the highest formatted capacity of all cards reviewed this far, achieving 30,01 GiB of user capacity, which means that only 6% is reserved as spare area. So, Transcend has huge confidence on the endurance of the used flash devices, or uses extremely advanced wear levelling algorithms on the SD controller, or is using more flash than the advertised 32GB, or any combination hereof. Either ways, is seems care was taken while designing this card, while making sure it completely differentiates itself from the competition, as putting this in perspective, it offers a whole GiB more than the worst 32GB card. We’re not doing endurance tests, so we cannot be sure this isn’t result of over confidence on the flash cells, but there aren’t any reports of data corruption either, so it seems a safe decision. 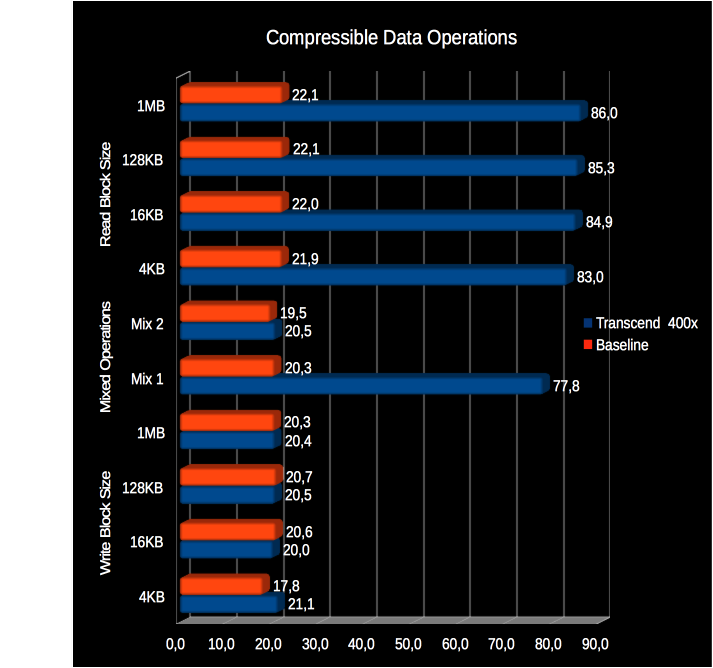 In this case we can take special attention to the comparison between this card and our baseline as they’re both from Transcend. And it does seems a Transcend: read performance is nearly as good as it can get on a UHS104 card, between 83 MiB/s and 86MiB/s troucing our baseline almost four fold. This is exactly what we were expecting after five years of technological evolution, and Transcend did it right. On the mixed texts side of things results have also significantly improved albeit with some remarks. Mix 1 which stresses read operations achieve 78MiB/s but mix 2 which stresses write operations are limited to 20MiB/s. Not that this is a bad result, we were just expecting a little bit more.

Finally, in the pure write tests, the lowest result or gets its 20MiB/s, winning every single time our old Transcend baseline card. Although not the highest result we’ve seen on this test but a very valid achievement nonetheless. 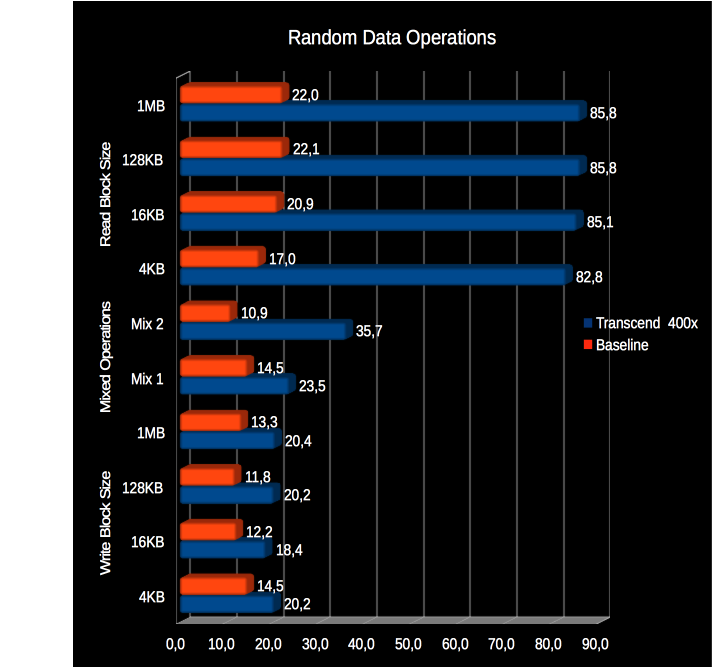 Where things didn’t go so well on our baseline card was while handling random data, which cannot be compressed. Now things went far smoothier. Pure read operations are in line with the compressible data tests, maintaining  the same 85MiB/s average performance. No news would come from here unless they were really bad news. His however makes us wonder why the 60MiB/s advertised performance. This seems to be related to the existence of 2 part numbers, the one we’re reviewing (TS32GUSDCU19) and the older part (TS32GUSDU1PE) which seems to be using an older less performing controller.

Then, we reach the critical parts. On the mixed data tests side of things, this new generation Transcend card manages to do what is is supposed to, to some extent. On Mixed data tests, it achieves 25MiB/s and 35MiB/s respectively, adding between 50% and 300% to our baseline. This does shows how technology has improved while lowering overall costs. For the most difficult a tests, regarding write performance, the loop gets closed. Overall write performance just rocks to hights not commonly seen on this range of microSD cards. Write performance never lowers below 18 MiB/s, handily beating our baseline by more than 50%. 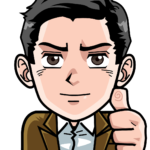 This is be first UHS-1 microSD card that excels on both read and write performance, and demonstrates what happens when you marry good quality flash devices with a properly designed SD controller. Read performance exceeds 80 MiB/s while write performance is mostly above 20 MiB/s for both compressible and incompressible data. Then, it beats any other offering in terms of user capacity, at 30,01 GiB of user capacity. This alone gives Transcend an advantage in terms of cost per GB, allowing the usage of better flash or controller.