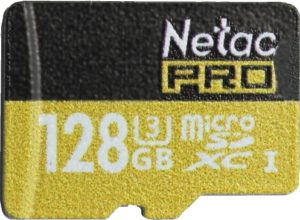 On our previous MicroSD shootout, Netac’s offering was deemed as the best MicroSD card for smartphones and compact cameras due to it’s low cost per MiB and very decent read performance. However, write performance was underwhelming, landing on the middle of the pack. It was with great surprise an high capacity, high performance MicroSD card from Netac landed on my desk: the Netac P500 Smart Card UHS-I U3 128GB MicroSD card (brands need to try to shorten the MicroSD product names, this is getting ridiculous….). 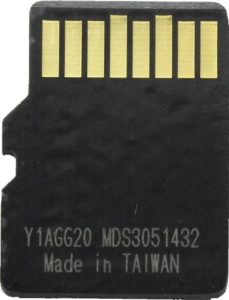 This card corresponds to the fastest and highest capacity offer from Netac, supporting UHS-1 U3 speed rating, which guarantees 30MiB/s write speeds, and which Netac adds a 90MiB/s read speed. On top of this, Netac is known for offering very competitive price/performance products, so it may be a very competent alternative to more known brands such as Kingston and Sandisk. But how it really fares?

As usual for Netac microSD products, it is actually manufactured by a company known as Leapro, but this isn’t saying much, as there is no other information on it.

Now, looking at this microSD card, it is mostly similar to the 32 GiB offering from Netac with 2 obvious exceptions: it is now an SDXD card in order to support capacities in excess of 32 GiB, and the write speed rating was upgraded to U3. It is this increased write speed specification which can make this card extremely interesting, if the cost is similar to other Netac offerings. Both the device itself and packaging are a typical Netac product: a microSD card with black and yellow printing stating capacity and rating, using a ink jet like printing method, resulting on the típical ink scattering pattern. It isn’t perfect but similar to products from high end brands such as Sandisk. The reviewed unit actually had a small defect on the card’s finishing demonstrating that cost and the underlying device is far more important to Netac than the card’s looks. 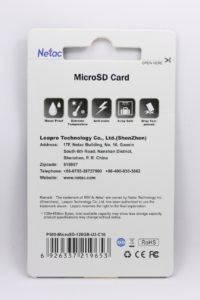 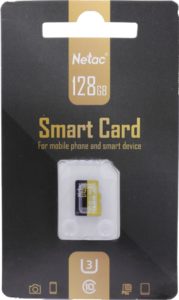 The same applies to the packaging. A plain black and yellow packaging, lacking any kind of any counterfeiting scheme we got used to by most brands.

Then, focusing again on pricing, price is the easy thing to check. This card is mostly available on the common chinese online stores, such as AliExpress and Banggood, and even on some western stores such as Amazon, as carries a significant discount agains major brands such as Sandisk or Kingston.

The reason why this card was targeted in the first place was specifically due to the fact that on our previous shootout, Netac carried the lowest price to capacity, but lacked the performance.  The 128GB unit curiously shares exactly the same cost per GiB of the 32GB unit, but carrying an higher performance rating.

So, it all comes down to performance, and initially, read performance. 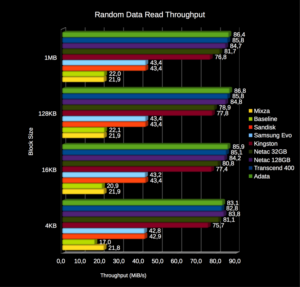 Well, to start with, read performance is still within the acceptable levels for an UHS-1 microSD card, sustaining an excess of 80MiB/s thought out all reading tests, only to be beaten by the Adata 32GB card. 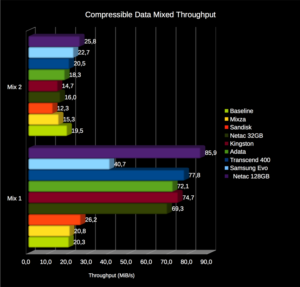 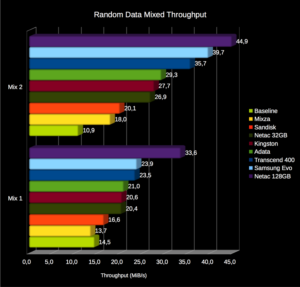 … and things start to look pretty good, however not as good as we hoped. The good news is that is is the fasted microSD card we tested thus far, exceeding all the low cost completion by a significant margin. Both compressible data and incompressible data are handled swiftly and quickly by this card, even beating the Samsung EVO microSD card on all occasions, which is s significant achievement. However, we were expecting that no tests would result on a lower value than 30MiB/s  as hinted by the U3 rating. However, this needs to be confirmed by the write tests.